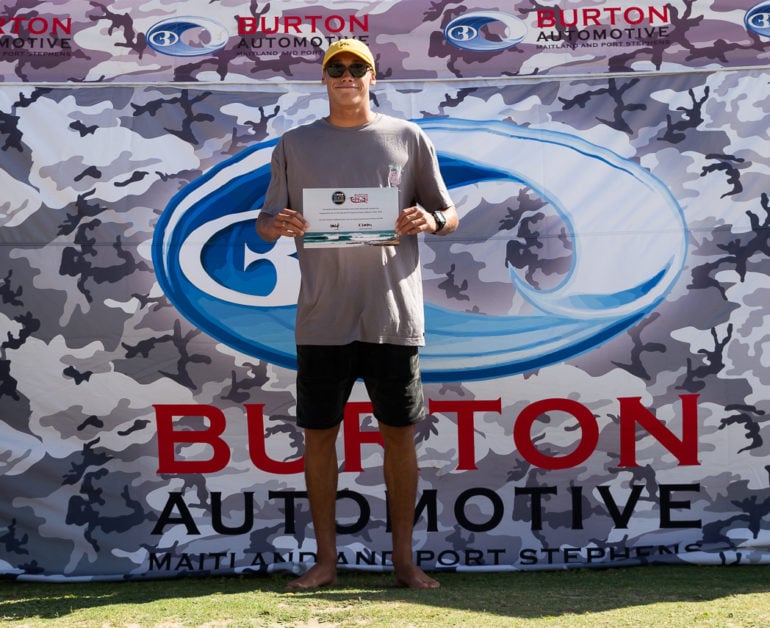 A total of 76 surfers contested the Port Stephens Toyota trials on February 2 at Birubi beach hoping to secure wildcard entries into a range of Surfest events.

Conditions varied throughout the day, with early morning heats providing challenging waves in the 4-6ft range courtesy of a new swell fanned by cross shore winds, while later heats saw good conditions as the wind backed off and the swell settled.

Liam Mortenson from Avalon won the final after a count-back, squeezing out James McMoreland from Caves Beach.

The 22-year-old Mortenson, whose best win to date was a 1500 point QS in Japan in 2017, hopes this win will give him the boost he needs to get his competitive aspirations back on track.

“I missed a lot of QS events last year through injury so this is a big comeback for me. I’m going to give the Burton Pro a real crack and hopefully this will set me up for a strong 2019 on the QS,”: he said

Rising local surfer Elle Clayton-Brown won the wild card into the Holmes Civil Developments Women’s Pro. The 17-year-old from Anna Bay, who took out the 2017 Billabong Oz Grom Cup, said this win is the result of a targeted campaign.

“I’ve been trying to win the wildcard for a couple of years so I’m really happy to get it. I will go to Merewether prepared and am looking to put in a good performance,” she said.

Divisional winners into the Sanbah Cadet Cup presented by the University of Newcastle – slotted for the weekend of March 9 and 10 at Merewether beach – were also determined at Birubi beach and included: