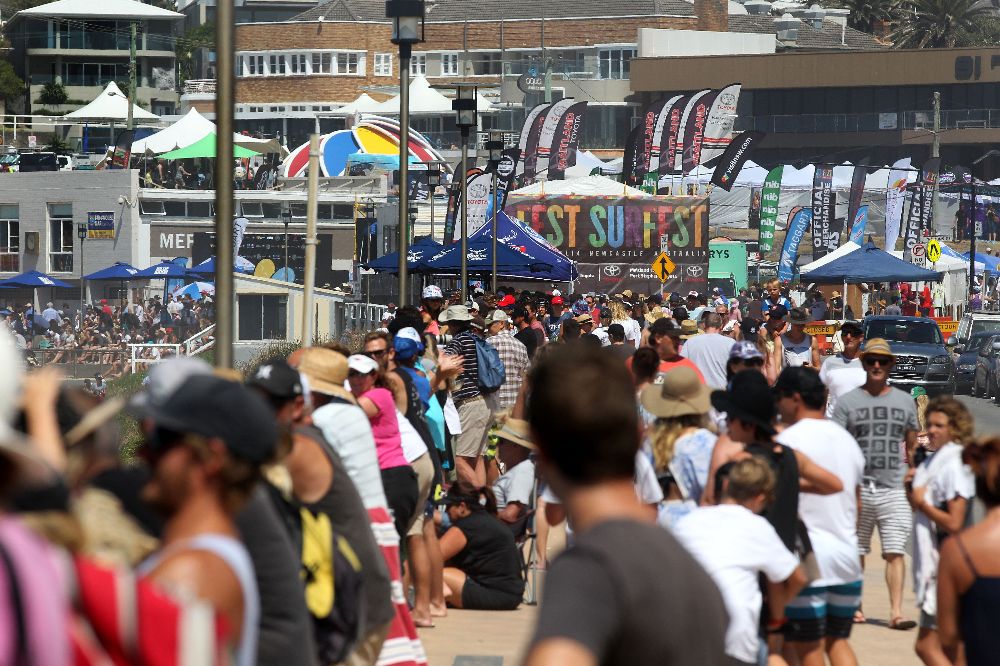 SURFEST has received entries from a whopping 463 competitors from 25 countries into the six World Surf League events being held as part of the annual event at Merewether beach.

And 27 of those surfers seeking to claim the winner’s trophy in the men’s Burton Automotive Pro or the Grandstand Sports Clinic Women’s Pro are the sport’s most elite athletes.

Surfest chief Warren Smith said the massive fields are great for Surfest and great for the region.

“I still get blown away by the number of competitors from around the globe that make the trek to Newcastle, and to have attracted 13 of the world’s very best men to the Burton Automotive Pro and 14 of the very best women surfers to the Grandstand Sports Clinic Women’s Pro is a big thumbs up for the event’s status.

“As a truly international event drawing competitors from around the world, Surfest provides a terrific boost for local businesses and is a great way to showcase the Hunter,” he said

When entries closed at midday on Wednesday Australian time, 212 surfers had signed on for a spot in the Burton Automotive Pro. The fourteen elite Championship Tour (CT) surfers that will wear the contest singlet at Merewether include Aussies Matt Wilkinson and Owen Wright – ranked five and six in the world respectively – along with their countrymen Adrian Buchan, Wade Carmichael and Connor O’Leary. Brazilians Willian Cardoso, Ian Gouveia, Jesse Mendes, Tomas Hermes and Michael Rodriguez will also surf at Merewether, as well Hawaiian duo Kanoa Igarashi and Keanu Asing, with Portugal’s Frederico Morais and the USA’s Griffin Colapinto completing the CT contingent.

The huge number of entrants into Surfest’s main events has required organisers to arrange trials for February 17 and 18, just a few hundred metres north of the break at Merewether. Merewether will be hosting the Wandiyali Indigenous Classic – Australia’s richest event for Indigenous surfers. Sixty-four men and 32 women will be battling in the wildcard trials for one spot in both the Burton Automotive Pro and the Grandstand Sports Clinic Women’s Pro.

Surfing action continues this Saturday at Birubi Point when the Port Stephens Toyota Wildcard Trials will be held. Up for grabs is a wildcard spot in the Burton Automotive Pro and the Grandstand Sports Clinic Women’s Pro, along with a wildcard into the nib Pro Junior for both junior men and women. And for the young guns, there will be the chance to win the number one seed into the Sanbah Cadet Cup’s 14 and 16-year-old divisions for boys and the Dalton Lawyers Cadet contest for girls under 16-years.