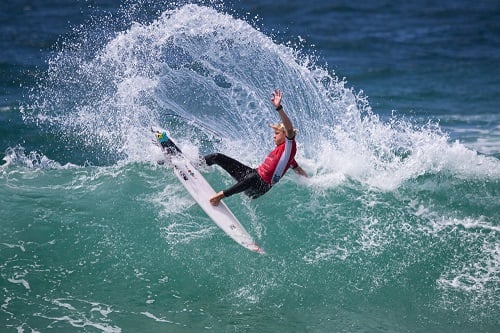 MORE than 100 of the nation’s most outstanding junior male and female surfers will converge at Redhead beach this weekend to contest the Lake Mac City Pro Junior as part of Surfest Newcastle Australia 2022.
Forty junior women and 64 junior men will ensure the World Surf League’s 1000-point Junior Qualifying Series (QS) events will feature surfing stars of the future in action.

“Hosting the Lake Mac City Pro Junior at Redhead beach further strengthens our ambition to grow the City of Lake Macquarie’s reputation as a major sporting hub and showcases our beautiful coastline.

“The two-day event will attract some of the nation’s best junior surfers, so I encourage the community to get down to the event and support our local competitors. The Lake Mac City Pro Junior promises to be a highlight of another terrific weekend in Lake Mac,” Cr Fraser said.

Harrison Marlon from Coolangatta on Queensland’s Gold Coast is the number one seed in the junior men’s event. Harrison, who has won junior and cadet titles in the highly competitive environment of Snapper Rocks Surfriders Club, won the 2020 Rip Curl Gromsearch national title in the U16 division and was runner-up in the same event last year.

Another Harrison – Ellie Harrison – is the number one seed in the junior women’s event. Coming out of Barwon Heads in Victoria, Ellie is one of Australia’s most promising surfing prospects and was recognised as such with a “Rising Star” award at the 2021 Australian Surfing Awards. Ellie started competitive surfing at the age of six and is currently ranked number 2 in the WSL Women’s QS rankings.

“The support from Lake Mac City Council and Destination NSW ensures a great weekend of surfing action ahead for competitors, locals and visitors,” he said.