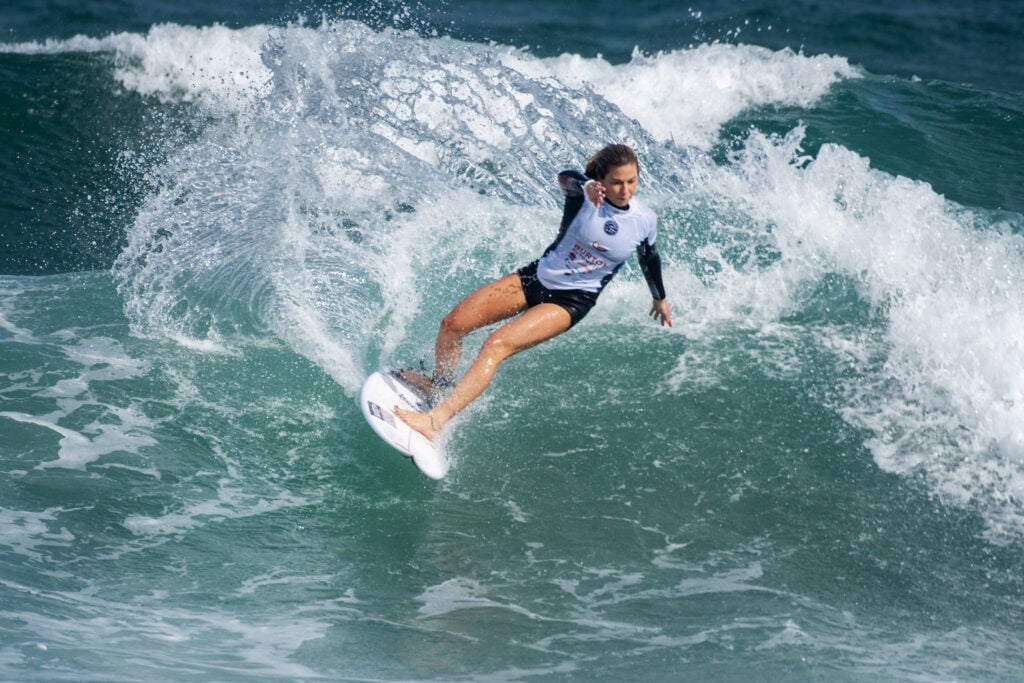 Merewether, NSW /AUS (Friday, March 15, 2019) – The stage has been set for an epic weekend of action at the 2019 Newcastle Surfest with another huge day of competition being run for the Holmes Civil Projects Pro and Burton Automotive Pro. Championship Tour stars and past Surfest winners alike all put their case forward in the bumpy 3-foot surf at Merewether.

Reigning two-time Surfest winner Coco Ho (HAW) made her return to competition today, taking out her opening heat of the Holmes Civil Developments Pro, Ho has a great affiliation with Merewether and it’s waves and is keen to join the likes of Mick Fanning, Pam Burridge and Rebecca Woods as a three-time Surfest winner in 2019.

“It’s always great to return to a place where you have such great memories,” Ho said. “As soon as I arrived on site, everything came back to me, which was a bit of a surreal feeling. It has crossed my mind that It would be cool to take out the same event three times as I’ve never done that but I also don’t want to get too far ahead of myself. It’s great to get some heats in before the CT season kicks off. No matter how many years you do this for the first event of the season is always such a nervous one so it feels good to get that first day done with a couple wins.”

Another former winner at Surfest is perennial World Title threat Sally Fitzgibbons (AUS) who has only recently returned to the surfing after sustaining a serious shoulder injury at the Beachwaver Maui Pro in November last year. Fitzgibbons has joined the likes of Owen Wright and Matt Wilkinson surfing under the guidance of Glen ‘Micro’ Hall in 2019 and her first heat on the team went to plan with Fitzgibbons progressing through to.

“It’s so nice to come back to Newcastle and back into competition mode,” Fitzgibbons said. “Nothing helps and is tangible as hearing scores for preparing for the season so it’s just good to get down here and paddle out for heat. There’s a lot of talent in this event so I’m definitely keeping on my toes and am stoked to have found my groove and taken a heat win. Coming back from my injury was the perfect opportunity to change a few things up and so I decided to jump onboard with Micro and his crew which is such a thrill. Feeding off the energy from him and the team of surfers he has around him has been so cool so I’m really excited to see what sort of momentum we can all build this year.”

Having only just snuck into the re-qualification bracket for the Championship Tour in 2018, Nikki Van Dijk (AUS) is aware of how important these QS6,000 events are to help guarantee your spot on the ‘Dream Tour.’ The current world No.10 won two QS6,000 events last year and she found it gave her piece of mind when competing at the elite level.

“These QS6,000 events are so important even for the Championship Tour surfers,” Van Dijk said. “I won two of them last year and it did a lot to keep me relaxed at CT events because I knew regardless of my CT ranking I was safe. Every 6000 you want to win because that’s going to put you in with a major shot at qualification.”

Young Japanese competitor Hiroto Ohara (JPN) was the seasoned veteran of his Round 4 matchup with reigning WSL World Junior Champion Mateus Herdy (BRA) and form surfer Caleb Tancred (AUS). Tancred and Herdy fought for second place while the powerful Ohara ran away with a strong lead into Round 5.

“I wasn’t worried about the young guys because I know I’m good in small waves as well,” Ohara said. “I had a fair bit of confidence in the lead-up and it definitely helped me win. I’m relying on big results on the Australian leg because I don’t want to do a lot of events this year so a good start for me is really important this year.”

Event directors will return to Merewether Beach tomorrow where competition is likely to resume at 8:00 AM AEDT.