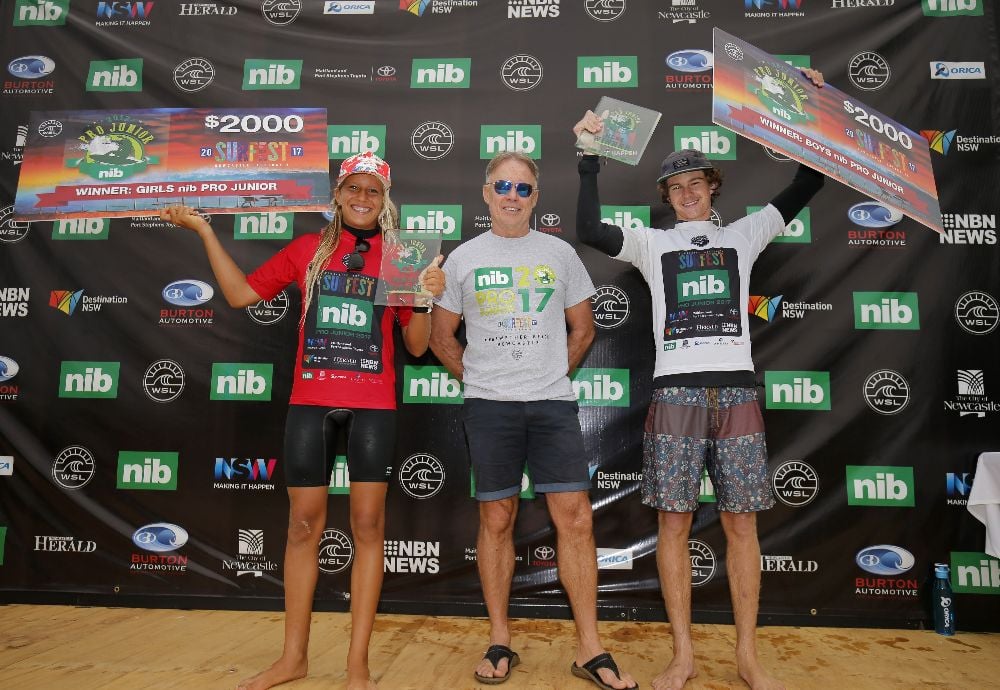 Kelly, who drew the WSL wildcard for the event today, is racking up extensive kilometres on the stretch of Pacific Highway between Cabarita and Newcastle. In late January, she took out the Maitland and Port Stephens Toyota Wildcard Trials to claim a spot in the Anditi Women’s Pro that gets underway at Merewether beach on Monday week, where she’ll surf in the round of 48 and come up against elite tour world number five Johanne Defay.

And while she’ll be back up the Pacific Highway early tomorrow morning, she’ll be back in Newcastle next Friday as part of the Cabarita team contesting the Australian Boardriders Battle next weekend at Newcastle beach.

She was elated about today’s win.

“I feel a bit surprised. I can’t believe I won and thought I left my run a bit late in the final. I got my two best waves in the last eight minutes.

“I’m heaps happy to get the wildcard into the Anditi Women’s Pro,” Kelly said.

And Kelly has 2000 reasons to be heaps happy. Because for the very first time in Australasian Pro Junior surfing, the prize money for the winner stumped up by event sponsor nib was the same for the junior women as it was for the junior men.

Liam O’Brien from Burleigh Heads on Queensland’s Gold Coast took out the Pro Junior for men. Like Zahli Kelly, O’Brien also won a wildcard into the Quiksilver Pro Trials set down for next month on the Gold Coast after winning the 2016 Queensland Junior State Title.

O’Brien also pocketed $2000 after edging out the first Indonesian to ever win a Quiksilver Young Guns event, Rio Waida, by little more than half a point.

But O’Brien was a tad anxious waiting for the final scores from judges to drop.

“I was a bit nervous, they were deliberating for a little while, so I wasn’t quite sure if I had it. But I am really happy to end up with the result,” O’Brien said.

O’Brien claimed modestly that he hasn’t done that well in the past despite the Queensland junior championship trophy sitting on his mantlepiece. He did, however, make the quarters in a Gold Coast Pro Junior last year.

He said today’s nib win, however, provided the sweetest victory of his career to date.

O’Brien, who has deferred university admission to give pro surfing a real shot over the next couple of years to “see if I can make it all the way” is aiming for a top four finish in the Pro Junior series.

“The top four get to qualify for the world juniors. That win’s going to be really helpful to try and get there. Obviously the field’s pretty tough and it’s going to be a long way but I’m stoked to take a win,” he said.