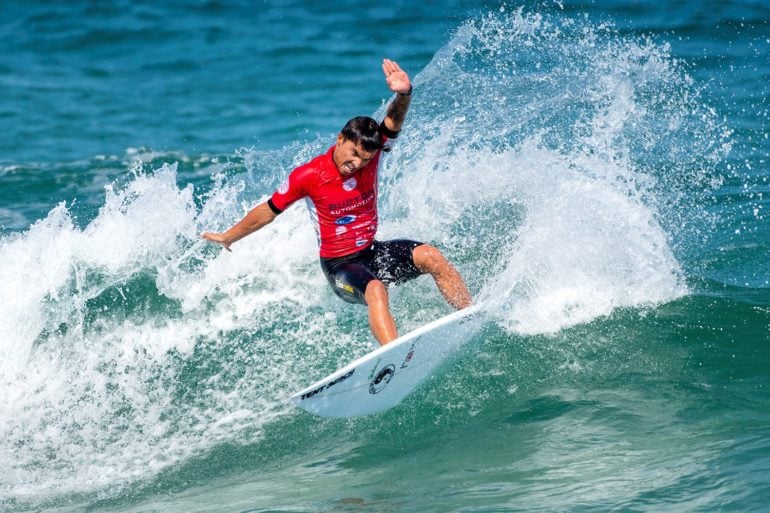 Merewether, NSW /AUS (Monday, March 11, 2019) – The World Surf League (WSL) Qualifying Series (QS) has descended on Merewether in Newcastle for the 2019 Newcastle Surfest, one of the world’s most iconic surfing events. The Burton Automotive Pro and Holmes Civil Developments Pro QS6,000 events will see a field of over 200 of the world’s best men’s and women’s surfers from over 30 countries battle it out for all important QS rankings points as they vie for a spot on the elite WSL Championship Tour (CT) in 2020.

The Burton Automotive Pro kicked off proceedings at Merewether Beach with 16 heats of Round 1 being run in bumpy 2-foot surf. There were some solid performances considering the waves with surfers like Flavio Nakagima (BRA) making light work of the small, weak surf. Nakagima was quick on his feet as he posted a heat win to progress into Round 2.

“I surf a lot of waves like this at home in Brazil so I knew it wouldn’t be too hard for me,” Nakagima said. “I didn’t too well at the recent QS6,000 in Brazil so I’m looking for some big results at these two events in Australia. This win is a good start for me and it looks like the waves will be better soon which makes things easy.”

Young Gold Coast upstart Liam O’Brien (AUS) continued his solid run of form today at Newcastle, progressing through his Round 1 heat closely behind an on-fire Victor Bernardo (BRA). Although he was stoked to make it through, O’Brien felt for countryman Sheldon Simkus (AUS) and Dean Bowen (AUS) who were eliminated in his heat.

“It feels good to progress through that one,” O’Brien said. “It’s always a shame coming up against the other Aussie guys when they get eliminated because you want them to do well but it is cool that I’ve been competing against Sheldon since we were kids and now we’re doing it in these big international events. It was pretty scrappy out there today so I’m just glad to have made it.”

Hawaiian Josh Moniz (HAW) hasn’t had the start to 2019 that he’d hoped for, bowing out in the opening rounds at recent QS events in Hawaii and Brazil. Moniz finally got his year on track today, comfortably winning his opening exchange at the Burton Automotive Pro. Moniz says that he finds energy from his sister Kelia, who recently had a Finals finish at the Noosa Longboard Open and brother Seth who is preparing for his rookie season on the elite Championship Tour.

“I’ve had a few weird heats that haven’t gone my way this year so I’m so stoked to get a win finally,” Moniz said. “If it wasn’t so close to this event time wise I would have definitely gone to watch my sister up at Noosa but unfortunately I couldn’t. I definitely draw a lot of energy from my siblings which is cool.”