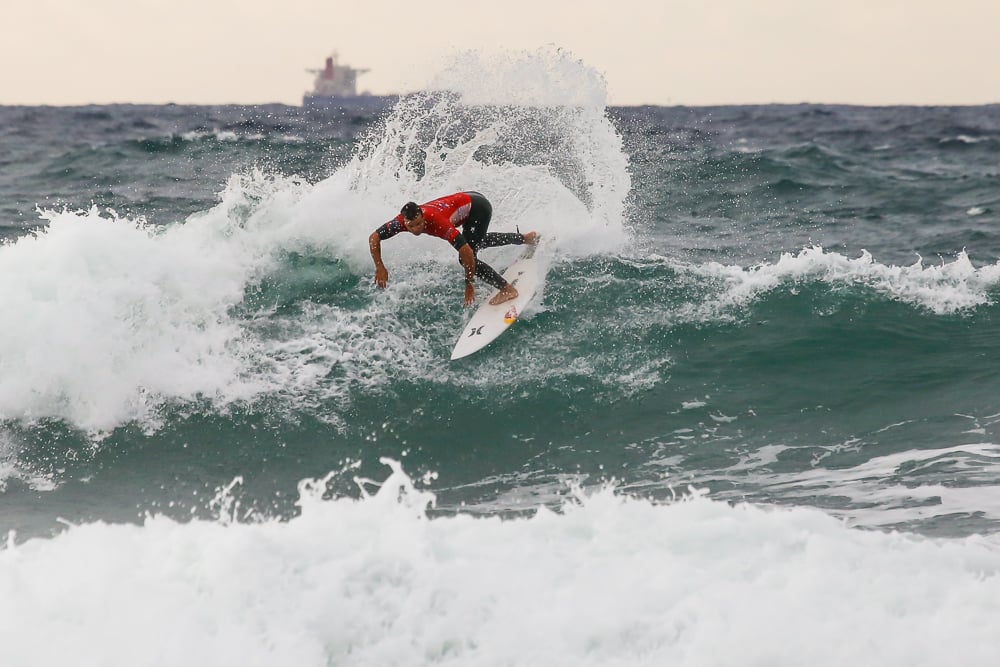 REIGNING Surfest champion Julian Wilson will defend his 2020 title at the City of Newcastle Pro presented by Burton Automotive QS5000 at Merewether beach in Newcastle from Tuesday March 29 – Sunday April 3.

The former world number two, who now calls Newcastle home, announced last July that he intended taking an indefinite break from competitive surfing to spend more time with his young family. Wilson was part of Australia’s first ever team to contest Olympic surfing at the 2021 Tokyo Olympic Games.

Wilson joins two of Merewether’s Championship Tour surfers Ryan Callinan and Jackson Baker in the event. Other CT surfers to surf at Merewether include Italian Leonardo Fioravanti and Portugal’s Frederico Morais. Fioravanti will be the event’s top seed.

Wilson and Callinan provided one of pro surfing’s greatest ever finals at the 2020 Surfest when both racked up scores of 14.27 when the final siren sounded. Wilson took the title on countback.

World Tour rookie Baker has already shown the world this year that he has the ability and commitment to be a force in world surfing and is a strong contender to win at his home break.

Callinan and Baker both grew up surfing at Merewether beach. The duo is vying to become the first locally born-and-bred male competitor to raise the Mark Richards trophy.

“There’ll be less pressure on me at this Surfest than before, but I’d love to win at Merewether” said Baker, who has been surfing in both Pro Junior and QS events at his home break for as long as he can remember.

And there has been pressure for him to do well here. The last time Baker surfed at Merewether in a WSL contest jersey he was given the wildcard into last year’s Rip Curl Newcastle Cup, where he was edged out in the round of 32 by eventual event winner Italo Ferreira.

“It’s good to be on home turf. Merewether has sanded up a fair bit but that can change quickly. I’ll surf here a fair bit but I’m ready to chase swells that will give me good preparation for Bells,” Baker said.

The World Surf League QS5000 men’s event at Merewether beach will commence with a round of 96.

The AAP Consulting Women’s Pro, also slated to run at Merewether beach from March 29 – April 3, will start with a round of 64. Keely Andrew from Queensland’s Sunshine Coast will enter as top seed and Macy-Jane Callaghan, who has two Surfest Pro Junior titles under her belt, will be looking to add her name to an enviable list of women’s champions.

Contest organiser Warren Smith said it’s great to be back.

“Surfest was postponed last year due to COVID-19 but it’s full steam ahead for 2022. The main events have attracted more than 150 surfers in the City of Newcastle Pro and the AAP Consulting Women’s Pro.

“It’s terrific to see the 2021 finalists Julian and Ryan back at Surfest and to welcome back previous champs Philippa Anderson, Ellie Brooks, Dimity Stoyle and Matt Banting, as well as emerging talents like our 2022 Lake Mac City Pro Junior winners Marlon Harrison from Queensland and Ellie Harrison from Victoria. “As well as our main events, Surfest also has the Wandiyali Indigenous Classic which offers the biggest purse in Australian Indigenous surfing and the Evolution Charity Cup which supports the Mark Hughes Foundation for brain cancer research,” he said.