Biggest ever Surfest starts this weekend 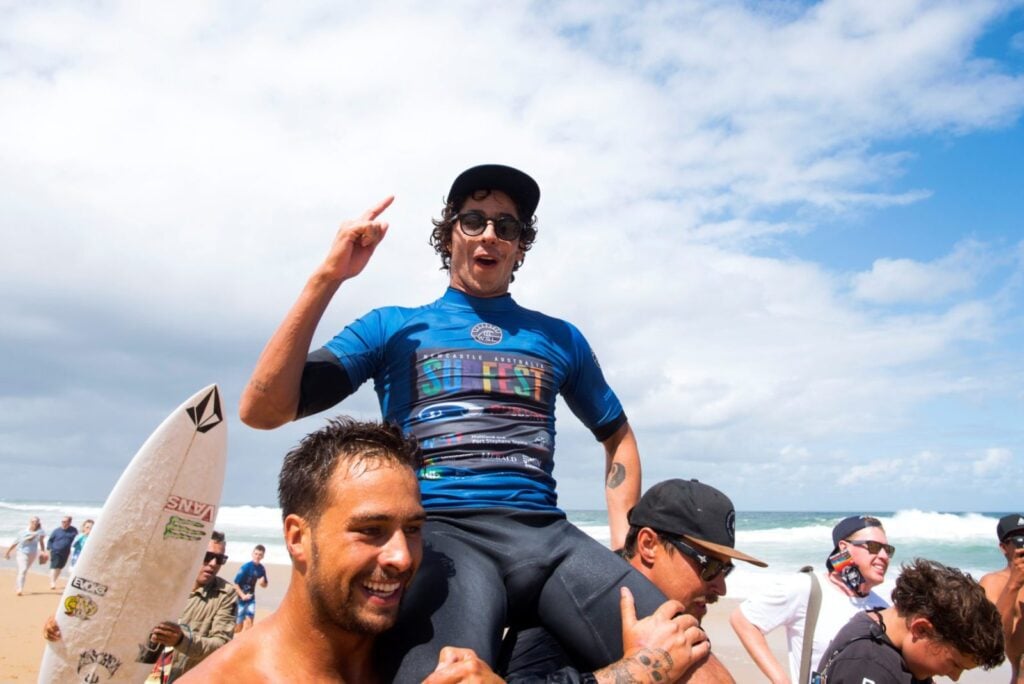 THE NATION’S largest festival of surfing is even bigger in 2018 and will host 12 unique events across three local government areas, with 20 days of surfing action attracting around 850 competitors from approximately two dozen countries.

Male athletes from the Championship Tour that will surf in the Burton Automotive Pro include Aussies Owen Wright and 2016 Surfest winner and current world number five Matt Wilkinson. Merewether surfer and former top tour pro Ryan Callinan has also sought a start in the event.

Current women’s world champion Tyler Wright and dual winner of the event and world number three Sally Fitzgibbons will lead the Aussie contingent in the women’s Grandstand Physio Pro. The 2017 Surfest defending champion and world number nine Joanne Defay from France will defend her title at Merewether, and the 2011 Surfest champ and world number 14 Coco Ho from Hawaii was also an early entrant.

Competitions debuting at Surfest in 2018 include the richest ever Stand Up Paddleboard contest in Australia – the inaugural ECS Boards Surf SUP and Paddle Battle in the Lake Macquarie local government area. The event, which gets underway this weekend as part of the Lake Mac Festival of Surfing at Redhead beach, has attracted some of the nation’s best SUP surfers including the current men’s national champion Kai Bates and runner-up Harry Maskell as well as SUP surfers from around the globe.

Also making its debut this year is the James Bros Longboard Classic for men and women. The event is part of the World Surf League’s Longboard Qualifying Series and the current men’s world champion is among the bevy of talented surfers – including current world champion Taylor Jensen – who will be walking the longboards in an attempt to have their name etched on the inaugural trophy.

The James Bros Longboard Classic will be surfed at Merewether beach, which was named as Australia’s best city beach in the 2018 www.101bestbeaches.com list. Merewether will host nine of Surfest’s 12 events.

The Mark Hughes Foundation will be the recipient of funds raised at the inaugural Evolution Business Advisers Charity Cup where the corporate tag-team style surfing event means that local businesses can ride the waves for a local charity that’s making big waves in providing funds for medical research into brain cancer treatment and cure. The target for the event is $100,000!

2018 will also see the Wandiyali Indigenous Classic move to a weekend of competition for the very first time. The nation’s richest competition for Indigenous surfers will feature an open mens, womens, juniors and longboard event. Organisers are confident the shift to a weekend format will result in a massive boost to entries from around the nation.

Following the fourth annual Lake Mac Festival of Surfing this weekend, the Burton Automotive Wildcard Trials will be held at Birubi Beach in the Port Stephens local government area where ambitious competitors will need to be at their very best to win the wildcard entries on offer into the World Qualifying Series 6,000 Burton Automotive Pro for men and the 6,000 Grandstand Physio Women’s Pro for women, the nib Pro Junior men and women’s event. Also up for grabs are the coveted number one seed spots in the Sanbah Cadet Cup & Dalton Lawyers Cadet Girls.

Some of the best surfboard clubs in NSW will battle it out over two days at North Stockton in an attempt to get their name etched on the Orica Teams Challenge trophy. The Pines Markets will again be held on Sunday February 4 as part of Surfest in Stockton and big crowds are anticipated at the Stockton beachfront park.

The nib Pro Junior, Sanbah Cadet Cup presented by Arcbuild and Dalton Lawyers Cadet Girls will run over Saturday 10th and Sunday 11th February. Over 120 of the best junior male and female surfers in the nation and from overseas will surf for the Pro Junior title.

The Herb Hero Finals Weekend will bookend the 2018 Surfest on the 24th and 25th February and it is expected to attract record breaking crowds to Merewether where onshore fun will include the 3 peas ‘Inspired to Surf’ music, markets, food and family entertainment.

“It’s our 33rd year and we have brand new events with brand new sponsors and that’s great. It’s about creating something that people want to be part of and that’s what Surfest has always aimed to do.

Of course while welcoming the new events, it’s really the long term relationships that keep this show on the road. Kim and Jeanine Burton from Maitland and Port Stephens Toyota have been backing Surfest for more than a dozen years, and without that support we probably wouldn’t even be here.

And Destination NSW and the NSW Government provide both financial support and organisational advice and again, without that, it’s be impossible to run and event of this size,” he said.

Parliamentary Secretary for the Hunter Scot MacDonald said Surfest is supported by the NSW Government via its tourism and major events agency, Destination NSW, and is an important regional event on the State’s major events calendar.

“In 2017 Surfest attracted nearly 1,800 overnight visitors to Newcastle, generating more than $1.9 million in visitor expenditure for the local economy. This is a huge result for local restaurants, hotels, businesses and tourism operators, all of whom benefit from the influx of visitors that Surfest provides each year,” Mr MacDonald said.

“Surfest also showcases the Hunter’s phenomenal beaches to surfing fans around Australia and the world, highlighting why our region is considered a must visit destination for surfers,” he added.