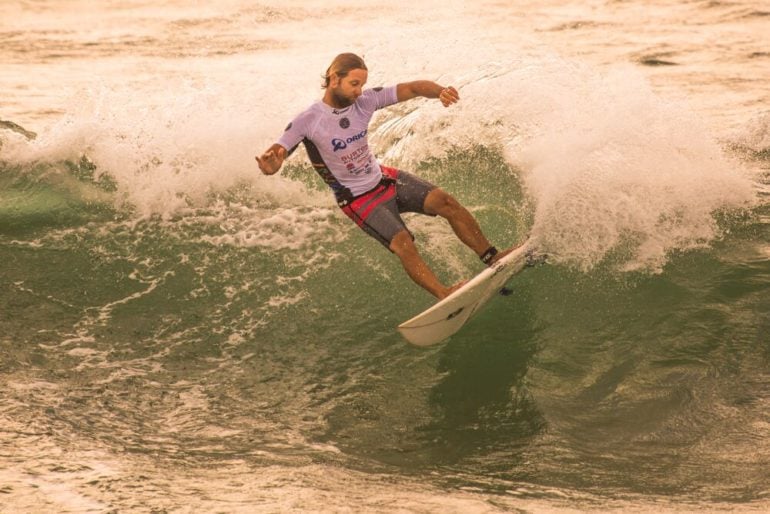 TWENTY-FOUR teams from 13 boardriding clubs will see more than 100 surfers converge on Stockton beach for the $10,000 Orica Team Challenge this weekend.

Surf forecasters have downgraded earlier massive swell projections and are now predicting waves in the 1-2m range for Saturday and Sunday, accompanied by strong southerly winds.

Merewether Surfboard Club – having yet to etch their name on the winner’s trophy at the Orica Team Challenge – has entered three teams. One of those teams will feature Jesse Adam, whose effort in the dying stages of the final of the Australian Boardriders Battle at Newcastle beach last Sunday ensured the club was crowned the best surfboard club in the nation.

Defending champions Frenchmans Boardriders will also be likely to be in the mix by the time of finals set down for Sunday afternoon.

Orica Kooragang Island’s General Manager Paul Hastie said Orica is pleased to maintain this community-based event which is now a fixture on the Stockton and Surfest calendars.

“Orica is delighted to again sponsor the Orica Team Challenge on Stockton beach. This is our seventh year of support for the event, which continues to grow and evolve,” he said.

Surfest organiser Warren Smith sees the event hosted by the Northside Boardriders as one of Surfest’s most popular events because it celebrates the grass roots of surfing and rewards surfers who operate well within a team environment.
“The seventh Orica Team Challenge has evolved into a major event on the Surfest calendar. There is a real sense of club pride and camaraderie amongst the teams and the clubs also enjoy the welcoming vibe from the Stockton community.

“The support from Orica for this event and Surfest is greatly appreciated and we look forward to continuing to work with Orica and the Northside Boardriders to ensure the Orica Team Challenge is a great event for the Stockton community,” he said.

Out of the water, the Sacred Tree Markets – slated for Saturday afternoon from 4pm-8pm in Griffith Park on the Stockton foreshore – will celebrate the Stockton community and feature family entertainment, arts, crafts, music and an array of diverse food and boutique market stalls.

Teams for the Orica Team Challenge: