Merewether Beach, Newcastle, NSW/AUS (Wednesday, February 22, 2017) – The 2017 Anditi Women’s Pro WSL Qualifying Series (QS) 6000 has kicked off today at Merewether Beach. Running in conjunction with Newcastle Surfest, the Anditi Women’s Pro is the opening QS6,000 of the year and has attracted some of the biggest names in women’s surfing. After two massive days of action for the Maitland and Port Stephens Toyota Pro, it was the women’s turn to hit the water and rip-up the 2-foot wind affected peaks and complete Rounds One and Two.

Former World Junior Champion Mahina Maeda is no stranger to success. The young Hawaiian comes into 2017 with one thing on her mind, qualifying for the elite Championship Tour (CT). She started the year off well with a second at the World Junior championships in Kiama and hopes that she can use the Anditi Women’s Pro as a springboard into a string of results on the QS. Her campaign started well with a heat win in Round 2.

“My main focus this year is to qualify for the CT,” Maeda said. “I feel like if I get on a roll, this is achievable for me. I started the year off well with a solid result at the World Junior championships so I just need to keep that going. I’m feeling fit and my surfing is feeling good which is great.”

South Africa’s Bianca Buitendag was unable to hold on to her spot on the CT at the end of 2016. The powerful goofy-foot has made it clear that this season is all about re-qualifying. She got her campaign off to a good start at Merewether today progressing through Round 2 in second spot. Buitendag’s strong forehand attack saw her post a solid heat total of 13.50.

“I believe that starts are always important,” Buitendag said. “The start of a heat, the start of a contest, the start of a season, the start of a goal. They are all super important and this event is all of those things and the start of many things for me. If I can get a good result here it will build confidence and the rest will flow on from that. This is a really big year for me. I’m staying with a family here in Newcastle and with some good friends so I’m really comfortable which always helps.” 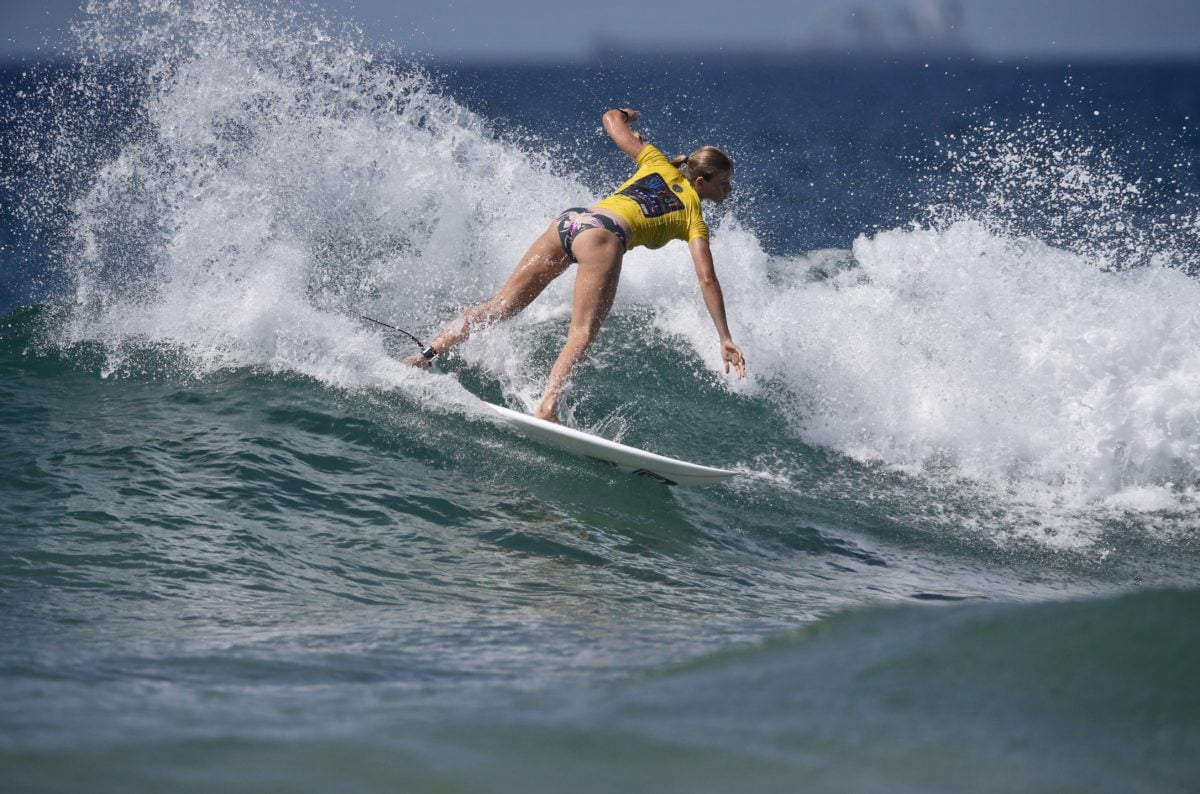 Kobie Enright from Tweed Heads has had a busy start to the year. After finishing in 5th place at the 2017 World Junior Championship she continued on to compete at a number of the Australian QS1,000 and Junior events. Enright comes into the first QS6,000 event with plenty of confidence in surfing heats and it showed as she won her way into the seeded Round 3.

“I was a little nervous before that heat as it’s the biggest comp of the year so far,” Enright said. “I was getting some tips off my good friend Macy (Callaghan) before the heat and it seemed to pay off. It feels nice to walk away with a heat win. I’m just taking this year one contest at a time but am obviously keen to do well on the QS.” As the on-shore breeze came up mid-morning and conditions began to deteriorate at Merewether, Tia Blanco from Hawaii was forced to change her game plan and adapt. Blanco’s quick thinking along with a high wave count allowed her to post two mid-range single wave scores for a heat total of 12.57 and a heat win.

“I have been watching conditions all day, especially the heat before mine so I felt pretty confident with my plan,” Blanco said. “I try to go into those heats positively because everyone has to deal with the same conditions so there is no point in getting worked up about it.”

West Australian big wave charger’s Felicity Palmateer and Claire Bevilacqua had to change their approach as the swell dropped and on-shores picked up. Bevilacqua controlled the heat in first place as Palmateer progressed in second with a solid display of backhand snaps.

“That was pretty tough out there,” Palmateer said. “I had to be smart with my priority once I had second as the positions kept changing. Apparently the forecast is looking up so I’m glad I made that heat so I can get some decent surf in the next one.”