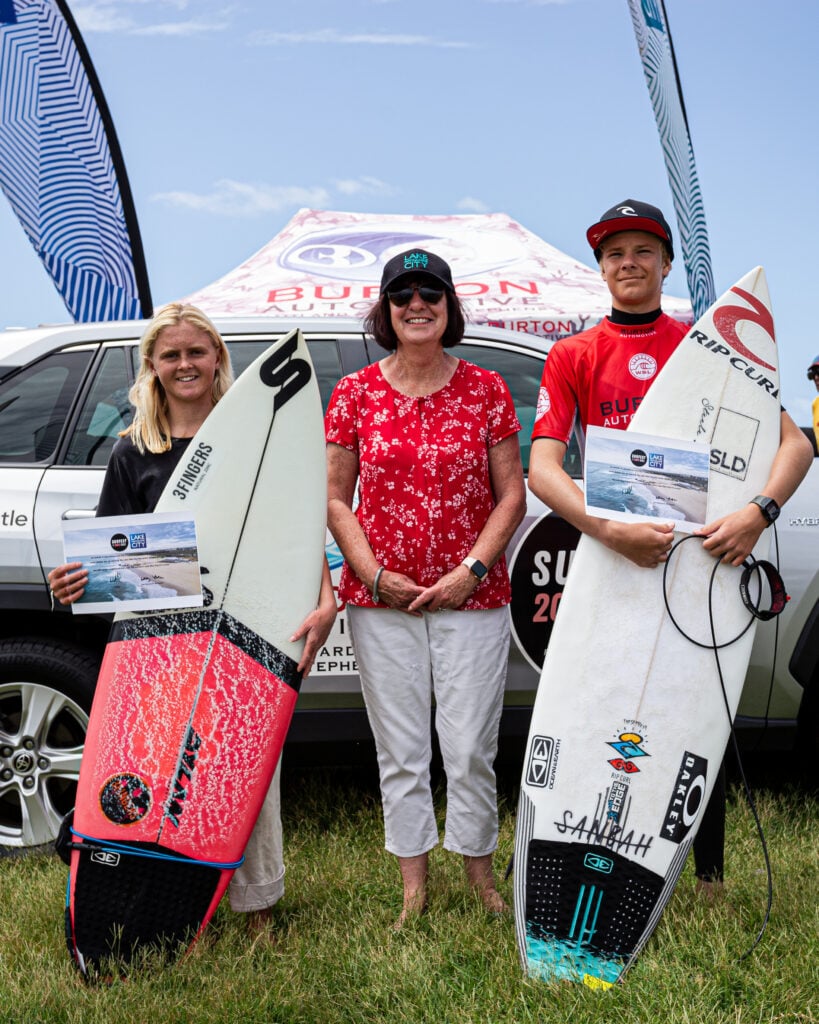 DOM Thomas and Kyla Renes have both won the wildcard spots on offer for next month’s Lake Mac City Pro Junior to be held at Redhead beach next month as part of the 2022 Surfest.

Sixteen-year-old Dom took out the male division of the trials in one metre waves offering both lefts and rights at Catherine Hill Bay today. The apprentice carpenter is no stranger to the winner’s podium, having won the same event in 2020, as well as winning that year’s Sanbah Cadet Cup held annually as part of Surfest.

Dom, who surfs for Catherine Hill Bay surfboard club, also won the U/18 division of the 2021 Mattara Surf Classic, and sealed second place in the 2020 Rip Curl Gromsearch national final at Woonona beach.

“Surfest is proud to continue to give young surfers big opportunities right here on the Hunter coastline and that’s exactly why we have again teamed with Lake Mac City.

“Today’s wins will see standout male and female junior surfers from this area jump into next month’s Lake Mac City Pro Junior and that will see some of the nation’s very best current and emerging young athletes in the water,” he said.

“But I also really like the way Caroline Marks and Tyler Wright surf. Those surfers provide inspiration for us younger girls, especially on their backhand.”

“We have a lot of very talented male and female surfers here in Lake Macquarie. This event is an excellent opportunity for us to showcase some of our clean, safe beaches across the Lake Macquarie City boundaries.

“It’s also a perfect opportunity to sell this amazing location to the rest of the world,” Mayor Fraser said.

It will run at Redhead beach on Saturday 12th and Sunday 13th March.