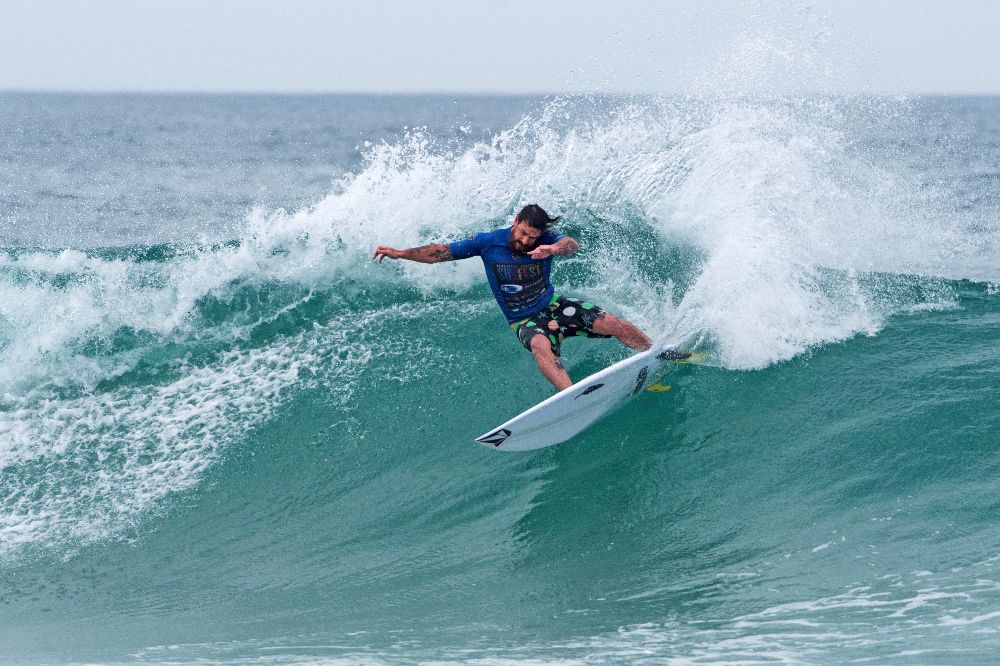 Merewether, Newcastle NSW/AUS (Saturday, February 25, 2017) – Super Saturday Newcastle Surfest has brought with it an increase in swell, massive crowds and non-stop action for day 6 of competition. The Quarterfinalists have been decided for both the Maitland and Port Stephens Toyota Pro and the Anditi Women’s Pro as Merewether served up pumping 4-to-5 foot waves for some of the world’s best surfers.

Brazilian aerial sensation Yago Dora continued his successful run at Merewether, putting himself one heat closer to the best result of his career. As the swell began to pulse, Dora entertained the Saturday crowds with an incredible display of power and progressive surfing. His excellent heat total of 18.33 (out of a possible 20) left his opponent Tanner Gudauskas in a combination situation (needing two scores) and was the second highest of the event so far.

“The waves got really good for that heat, it was non-stop from the start,” Dora said. “When I got that 8.00 point ride early my confidence built and I just wanted to keep building on it which is what I did. I have made it to a Quarterfinals in a QS6,000 before so I’m hoping this event can be my best ever result.”

Australian Qualifying Series warrior Mitch Coleborn has admitted to taking a different approach to competing in 2017. It seems to be paying dividends already as the goofy foot powerhouse has booked himself a spot in the Quarterfinals at the year’s first QS6,000. As the waves began to pump, Coleborn kicked off his heat with an 8.77 (out of a possible 10) for a series of huge front-side gaffs. He then followed it up with another excellent 8.93 for his heat total of 17.70. His opponent, West Aussie Jacob Willcox, found himself in combination leaving Coleborn to enjoy the grinding lefts that were pouring through the line-up.

“I can’t remember anytime in the last six months where I have had a surf as fun as that,” Coleborn said. “I always try and keep my surfing on the face of the wave for the first few waves just to get an idea of what the judges are looking for. If you do that and get solid scores it’s a real bonus because you can sort of have fun once your scores are in. Watching the heats before mine got me pretty pumped, the waves were pumping and the surfing was crazy, especially Yago (Dora).”

In 2016, Leonardo Fioravanti had a break through year with a number of second place finishes at QS6,000 events. The first of those was at the Maitland and Port Stephens Toyota Pro. Although the young Italian found this frustrating, these second place finishes actually set him up to qualify for the Elite Championship Tour (CT). Tomorrow, on finals day, Fioravanti will get his opportunity to make amends and take the top spot on the podium.

Reigning event Champion and CT stalwart Sally Fitzgibbons has lost her opportunity to go back-to-back at the Anditi Women’s Pro at the hands of current Women’s World Champion Macy Callaghan. As the swell began to max out on the contest bank, both competitors opted to move to ‘the Point,’ which was offering up long right-hand walls. Fitzgibbons looked in good rhythm but struggled to find a score of consequence, which left Callaghan to land a knockout blow and take control of the heat. Although some would see this result as an upset, Callaghan knew she was making it to the finals series regardless of who was getting in her way.

“My plan was to make it to at least the Quarterfinals no matter what,” Callaghan said. “I have had a fair bit of experience surfing out on the point so when we moved up there I was pretty comfortable. It was daunting coming up against Sally, she is an amazing surfer so it feels great to win against her.”

The event No.1 seed Tatiana Weston-Webb had her work cut out for her in Heat 1 or Round 5 when she came up against Brazil’s soul Women’s CT competitor Silvana Lima. Lima’s aggression towards the lips earned her a heat total of 13.84, just short of Weston-Webb’s 14.77. The left-handers that were on offer suited the style and grace of Weston-Webb who is now the clear event favourite after the ejection of Stephanie Gilmore and Sally Fitzgibbons.

“The waves were so fun in that heat,” Weston-Webb said. “Having fun waves in a heat always makes it a better experience. That was pretty intense as Silvana was really bringing it. It was cool to surf against Silvana as she has been a massive inspiration to me and is an incredibly determined competitor. I hope the waves continue to pump for Finals day.”