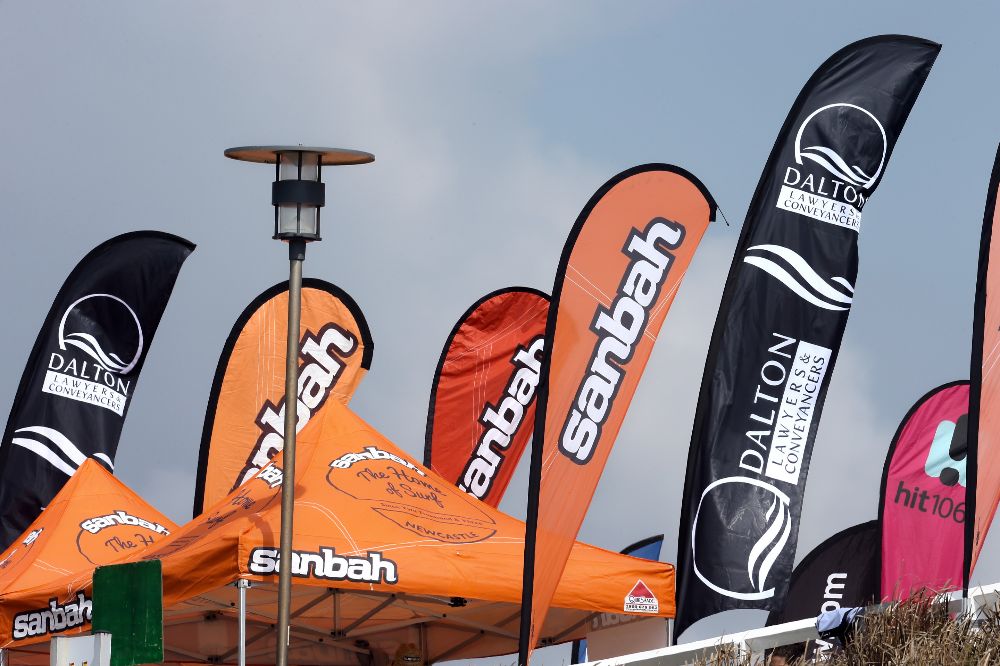 CONDITIONS turned it on for the final day of the Sanbah Cadet Cup and Dalton Lawyers Cadet Girls presented by Arcbuild, held in pumping one-to-two metre surf at Dixon Park beach.

A total of 22 heats were surfed throughout the day, with offshore winds grooming left and right-hand waves for the competition to contest. The waves remained ideal until a southerly buster swept along the Newcastle coast shortly after 2PM.

Reigning champion Jamie Thomson went back-to-back in the boys 16-and-under division. The North Narrabeen local again stamped his authority in this competition to take the trophy down the M1 for the second year in succession.

After surfing through a massive five heats on finals day, including a campaign in the nib Pro Junior that ended in the quarter-finals, Jamie said he was just stoked to be surfing such good waves.

“I was trying to get another win here, so it’s sick to come away with the win,” Jamie said.

“There’s been sweet little beaches. It’s been warm and it’s just been pumping,” he said of the finals day which left him “totally destroyed”.

After competing last weekend for North Narrabeen in Surfest’s ORICA Teams Challenge, Jamie said he was keen to come back again for the Reflections Holiday Parks High School Team Challenge on February 15 and 16.

“I’ll be here with Narrabeen Sports High next week. I just hope the waves are as good as they were today,” he said.

Fifteen-year-old surfing sensation Molly Picklum, who claimed second in the nib Pro Junior today at Merewether beach just a few hundred metres to the south, was victorious in the Dalton Lawyers 16-and-under division.

“I came here wanting to win this event and I’m really happy I did,” the Shelly Beach surfer said.

“My goal for this year is to try and win a Pro Junior after winning the 16-and-under Australian titles last year.

“The waves were fun all weekend and it’s so good to get some good results,” the Tuggerah Lakes Secondary College student said. Molly will be returning to Newcastle on Thursday to surf for the Tumbi Umbi campus of Tuggerah Lakes in the Reflections Holiday Parks High School Team Challenge.

“I got sixth in the Aussie titles last year, but this is probably my biggest win after some semis last year,” Byron said.

The Avoca board riders representative again praised event conditions saying today provided some of the best waves he’s ever had in a contest.

“It was pumping today. I didn’t start off well in the final but I got a few good ones in the end,

“I knew all the guys in the final which made it pretty fun too,” he said.