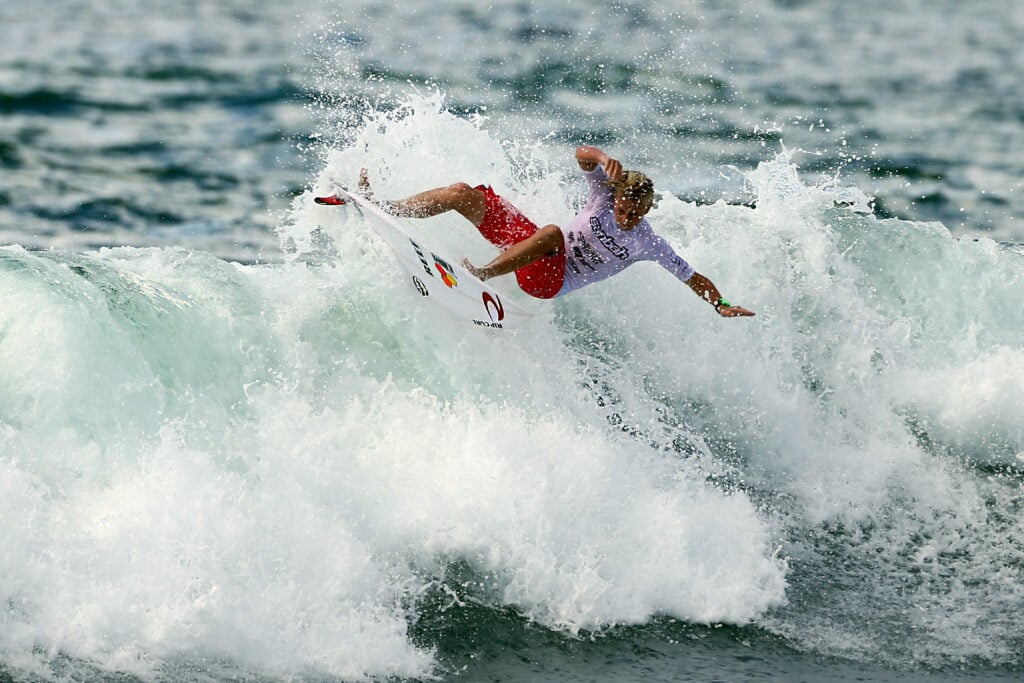 THE SANBAH Cadet Cup has attracted the biggest field ever with 36 male surfers lining up for both the U/14 and U/16 divisions.

This year the field includes five Japanese surfers and the race for the total purse of $3000 will be tougher than ever.

Promising youngster Takuto Ohta, who left Japan following the 2011 tsunami and moved to Victoria’s Phillip Island, will contest both divisions.

Promising youngster Connor Lee from Redhead, who won free entry into this event courtesy of a convincing win at last Sunday’s Port Stephens Toyota trials, is the one to watch in the U/14 division.

In the U/16 division, Merewether club surfers Zane Clifford and Morgan Cibilic are looking to continue the individual form that saw their team just fall short of standing on top of the winners dais when beaten by the powerful North Narrabeen club in the Orica Tag Team Challenge held at Stockton a fortnight ago.

Rhys Smith – a former winner of the Cadet Cup and now owner/operator of the Sanbah surf shop at The Junction – has once again reached into his pocket to sponsor the event.

Rhys reckons it is a pleasure to be sponsoring the Sanbah Cadet Cup and having the opportunity to contribute to surfing’s junior level.

“Giving the young surfers a cash incentive, along with the prestige of winning a long-standing event as part of Surfest, has helped ensure a huge number of entries,” he said.

Mr Smith says the events have a terrific pedigree of past winners.

“Some of the former champions of this event have made an impact on local, regional, national and international surfing.

“Past winners include elite surfers such as Adrian “Ace” Buchan, Benn Dunn, Laurie Towner, and Owen Wright , as well as one of Newcastle’s most outstanding surfing prospects in recent years, Ryan Callinan,” Mr Smith said.

The Sanbah Cadet Cup is slated for South Bar Beach on 14, 15 and 16 February as part of the 2014 Surfest Newcastle Australia.